Expat Insider 2021: How does New Zealand compare to the world?

InterNations has released the results of their annual Expat Insider survey – and New Zealand did well!

The survey quizzed expats on topics ranging from their financial situation to career prospects, and expats in New Zealand rated the country highly in most categories.

What expats think of New Zealand

Expats in New Zealand also feel their jobs are quite secure, with 81% of respondents rating their job security favourably. This is 20% higher than the global average.

Prospects are also good for those looking for a change, with 64% of expat rating the local career opportunities positively. The global average was only 45%!

In terms of remote work, only 62% of respondents said they are able to work from home. For nearly half of these expats the reason is the nature of their work. That is most likely at least partly due to the fact that 26% of the respondents work in the healthcare field.

Keep in mind also that New Zealand managed to rapidly contain the COVID-19 pandemic, so being able to work from home is not such a priority as elsewhere in the world at the moment. 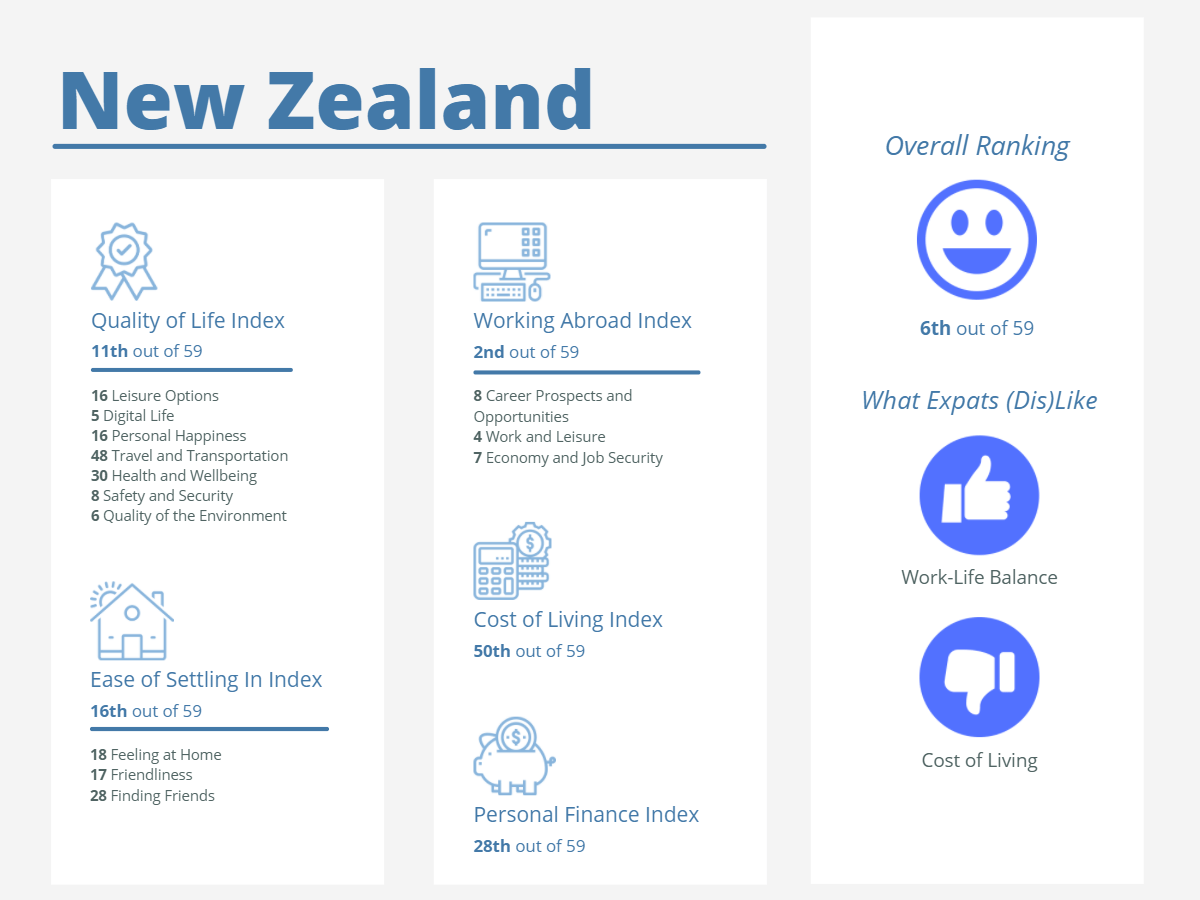 How does the Expat Insider survey work?

For the 2021 Expat Insider survey, 12,240 respondents representing 174 different nationalities and living in 186 countries or territories worldwide were asked to evaluate life abroad.

What factors into the ranking?

The overall ranking of each country was determined by the answers of respondents to questions across four categories:

Expats also had to answer the question “How satisfied are you with life abroad in general?”

Who responded to the survey?

The Expat Insider survey breaks down the statistics of respondents as follows:

What countries were in the top 10?

The top 10 countries overall were:

Taiwan has always scored highly for both the affordability the quality of local healthcare, among other factors. In 2021, an astounding 96% of respondents in Taiwan rated the quality of medical care positively, and nearly 66% couldn’t be any happier.

Mexico is known for offering expats a hospitable, welcoming and affordable environment. Not only has it landed in the top 5 of each ranking since 2014, but it also lead in the 2021 Ease of Settling Index.

Costa Rica ranked second out of 65 countries in 2017 and then dropped all the way to the 21st position by 2019. Now, it has managed to climb back up again. Similar to Mexico, Cost Rica does particularly well with regard to personal finance and the ease of settling in. The country also impresses expats with its natural environment and great work-life balance.

Come see us at the Emigration Expo in February! 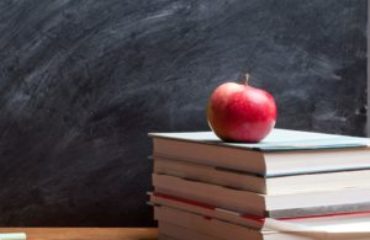